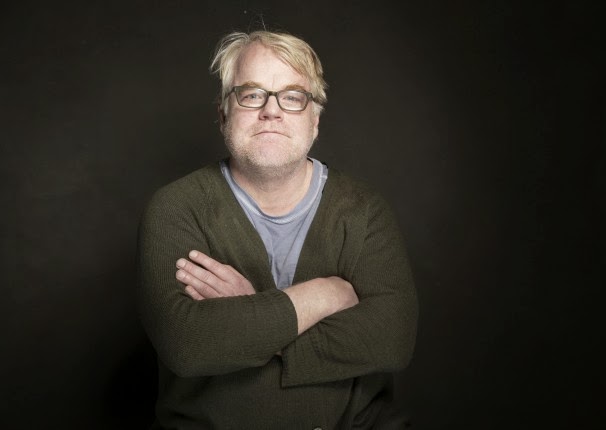 It was meant to be a day of joy. Or hatred. Depending on how The Big Game played out in your team's favor that evening.

But those superficial emotions meant for a silly game gave way to genuine sadness at a moment's notice, when I awoke to the news of my favorite actor's death on a Sunday morning that had felt just like any other.

I first heard of the news via an unreliable post on Facebook. Considering this is the day and age of fake celebrity deaths on the Internet (an odd era, to say the least), I spent the next 30 minutes doing my best to disprove what, I had hoped, was the nastiest of rumors.

But I lost that battle worse than Denver would go on to lose the Super Bowl later that night.

I can't imagine the list being very long, of people who I've never actually met in person, who's news of their death would result in tears pouring down my cheeks. Maybe an athlete or two. A select few other actors. It's hard to project, really. Alas, there they were, tangible feelings of sadness.

The most comparable death in my lifetime was Chiefs LB Derrick Thomas. I don't remember crying at all that day, but I also heard the news while at school, in 8th grade (where you'll do everything in your power to fight them off).

The fact that Hoffman could have such a strong impact on me emotionally, simply by pretending to be somebody else on screen for 90-to-however many minutes Magnolia is, should tell you how highly I regarded him as a person.

What separated Hoffman from his acting peers was his humility, versatility, and passion for his chosen profession.

Some actors give off the impression they are acting for the fame, or the fortune, or both. Not that I blame them in any way. That's both the main objective of a job along with one hell of a perk. But it's not exactly endearing. Atleast, not in my opinion.

With Hoffman, you could tell he treasured the art of his profession. How? Well, for one, he was a regular stage actor. Those are the bare bones of acting. On stage. Live audience. Grinding away night after night. I've heard countless people refer to him as an "actor's actor" over the past 48 hours, which is a very fitting tribute.

On screen, nothing was off limits for Hoffman, who originally made a name for himself as a supporting actor, taking on such "oh yeah, that guy" roles in classic films such as Boogie Nights, The Big Lebowski and Almost Famous.

Not to mention, his scene/movie-stealing performances in lesser-acclaimed movies like Twister, Punch Drunk Love and Along Came Polly. I mean, The Man introduced "shart" to American pop culture. Where would we be as a species without that?

PSH took on characters ranging from a religious cult leader, to the manager of the Oakland A's, to the villain in Mission: Impossible III, to his lone Oscar winning performance as troubled author, Truman Capote.

He actually got to play the cool, preppy guy for once, in The Talented Mr. Ripley, as opposed to being the fat, dorky schlub in countless other films. He dominated both ends of the spectrum.

He excelled as the lead role in independent films such as The Savages, Happiness, Synecdoche, New York and Jack Goes Boating (his lone directing credit), probably my favorite type of films to watch him in.

Shit, he even got to fulfill the biggest fantasy of all, banging it out with Marisa Tomei in Before The Devil Knows You're Dead (you're gonna want to click that link, gentlemen).

And yet, it wasn't just the way he carried himself on screen, but off screen, too. In my opinion, there is no greater quality a human being can possess than genuine humility.

In watching coverage yesterday, I was overcome by the numerous stories from different neighbors talking about how Phil would walk his kids to school every day. There he was, the most fantastic of actors, walking his children to school just like any everyday man.

He also lived in an apartment. I'm not going to pretend to know the details of his residence, nor his actual salary, but that comes off as very modest to me.

Unfortunately, that is where this tragic tale reaches its conclusion.

After reportedly being sober for 22 years, Hoffman entered rehab sometime last year with a heroin problem. It came as an absolute shock to me at the time. Granted, most of my experience with smack comes from assorted characters on The Wire, and needless to say, he was nothing like them.

I believe Jim Carrey summed it best, "For the most sensitive among us the noise can be too much."

I choose to believe Philip Seymour Hoffman wasn't struggling, or hurting, at the time of his death, but just needed a little help. We all need a little help getting by sometimes. I know I do. And who are you, or I, to draw some arbitrary line between what's enough and what's too much. Heroin. Alcohol. Pot. Pills. Even television. We're all numbing ourselves in one way or another.

I hope somebody, someday, is able to tell Phil about the time he hijacked Twitter on Super Bowl freakin' Sunday of all days. Or how respected he was by people who truly love film. Or how he could amaze me, and inspire me, despite never even knowing of my existence.

Or maybe I'll get to tell him myself, on our long journey to the middle.